Is it someone’s anniversary and you need some funny anniversary quotes to write in a card? Or help with a hilarious message to friends or family on their anniversary?

An anniversary is a time of celebration. Two people sharing their love and the time they’ve spent together. Often with their closest friends and loved ones.

And an anniversary should be filled with happiness and laughter. That’s why finding the fun in it – a joke, a funny story, a bit of sarcasm at the expense of the couple – is so important.

And in order to help find the right words we’ve put together some of the best funny anniversary quotes to help you out.

Coming up with funny anniversary messages is harder than you might expect. It’s difficult to be witty and humorous. Not all of us have the gift.

And with family or friends anniversaries it can sometimes feel a bit awkward to express how we truly feel. Humor is a good way of dealing with this.

So use the funny anniversary quotes and wishes below to help you find the perfect words to put a smile on whoever’s anniversary it is. 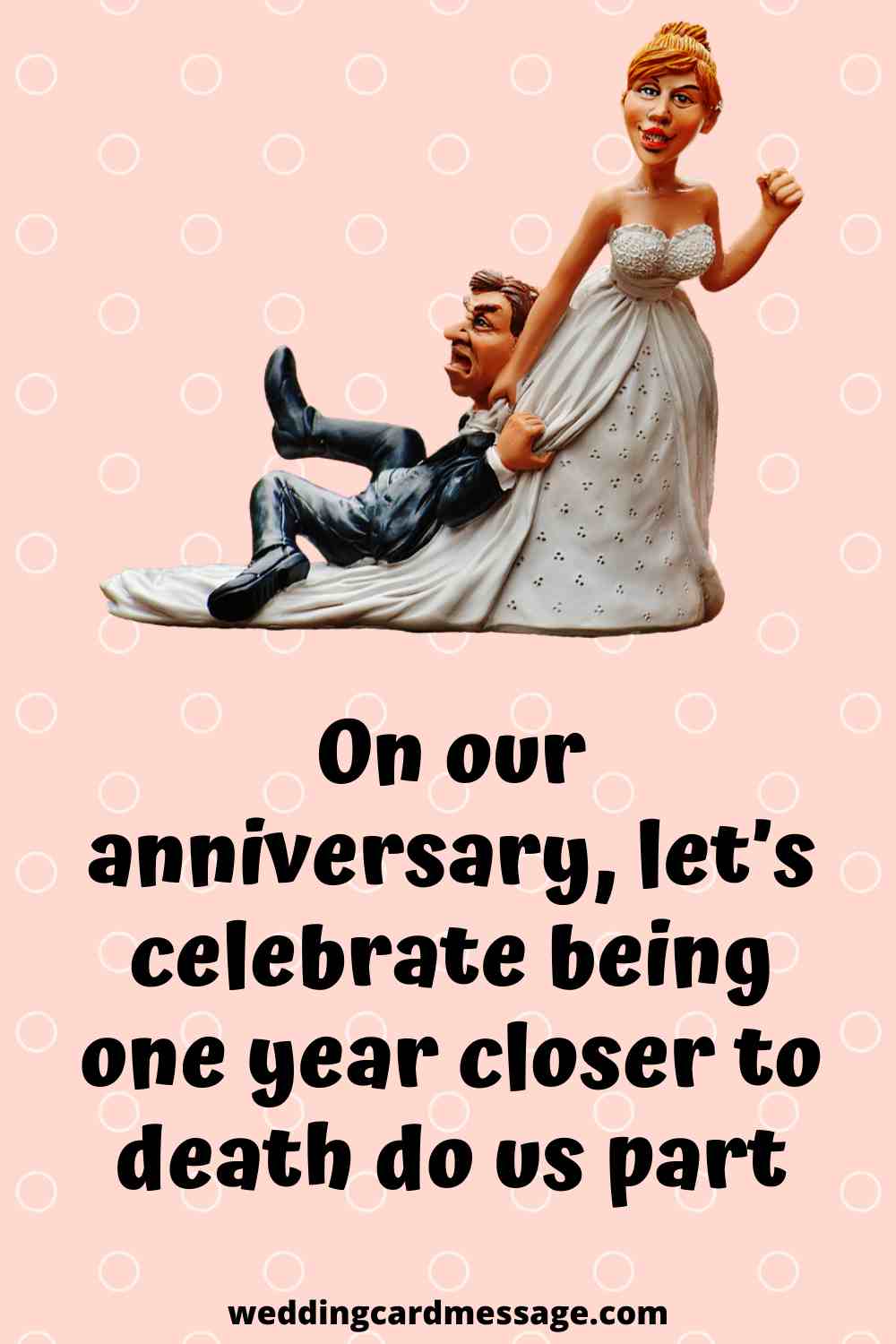 These sample funny quotes are ideal for putting a smile on the happy couples face. Use term in an anniversary card, with a gift or you could even share them on Facebook. 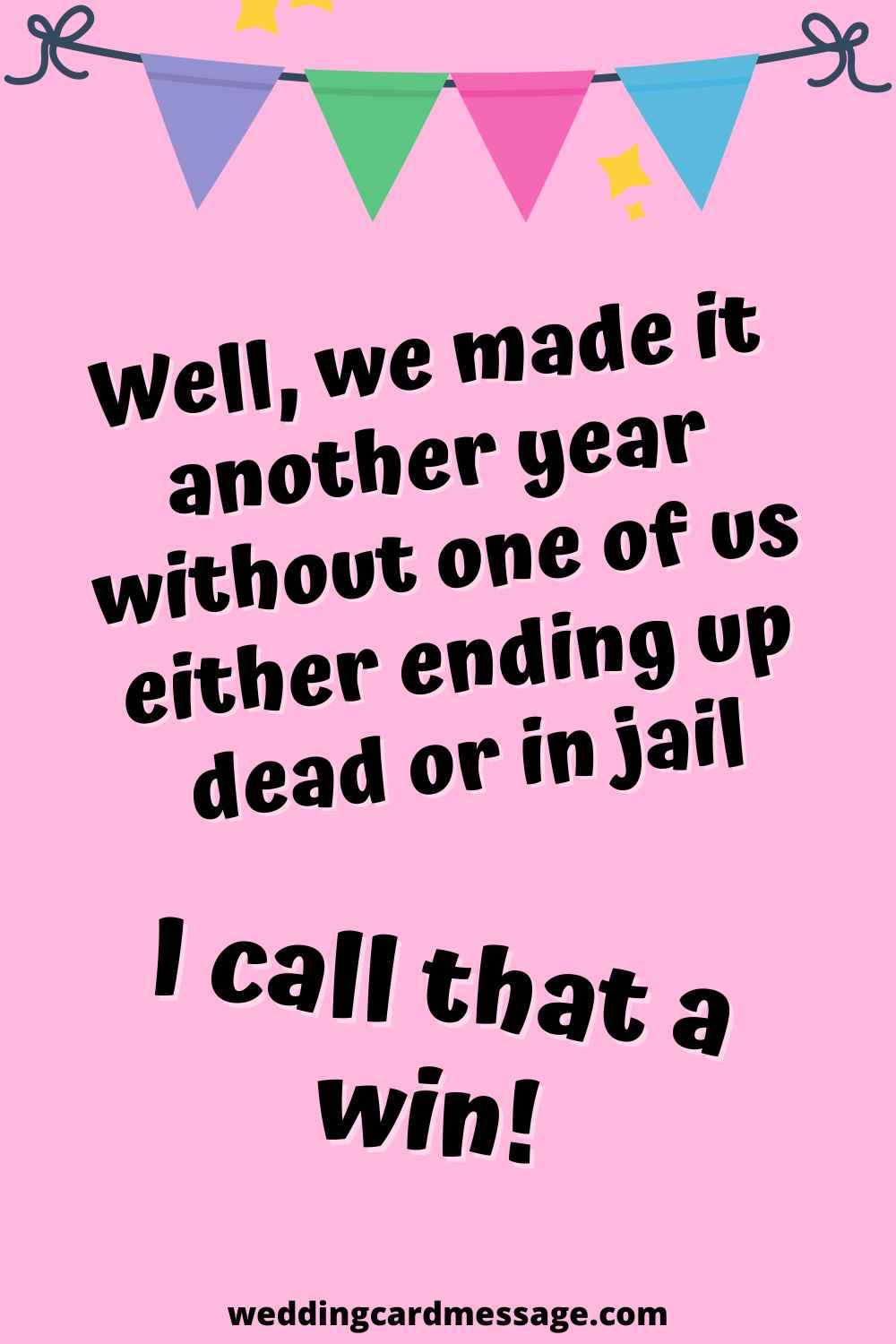 Sometimes a funny quote is the best way to wish someone a happy anniversary. These messages do that perfectly – making your parents laugh as they celebrate their anniversary. 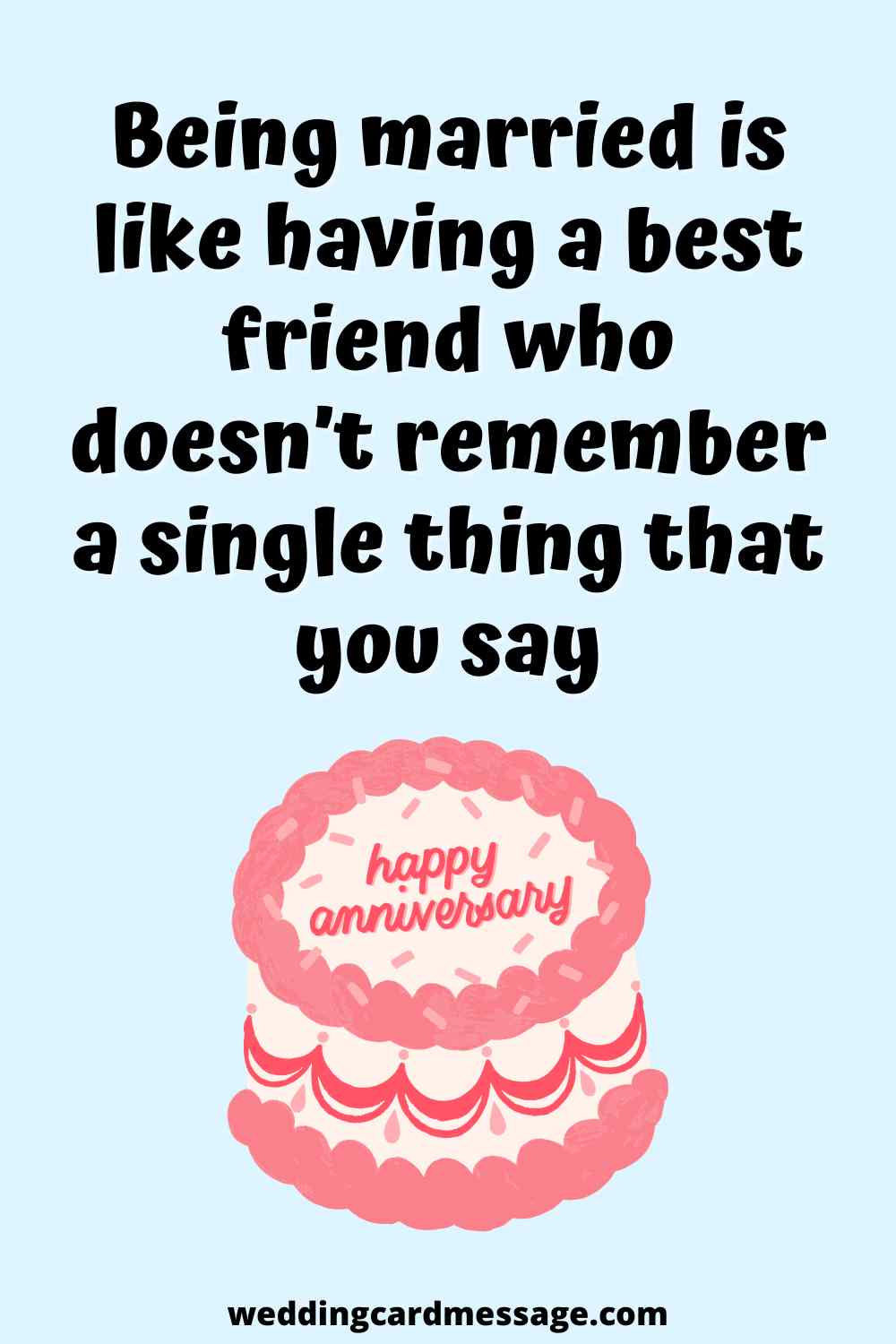 If you’re close to your friend or they are the type then a funny message making fun of their anniversary is a great option. Enjoy a laugh with your friend as you celebrate.

Hilarious Anniversary Messages for your Wife

Your wife is the most important person in your life. These anniversary quotes are a gentle bit of fun at her expense but also a wry look at the relationship you have. 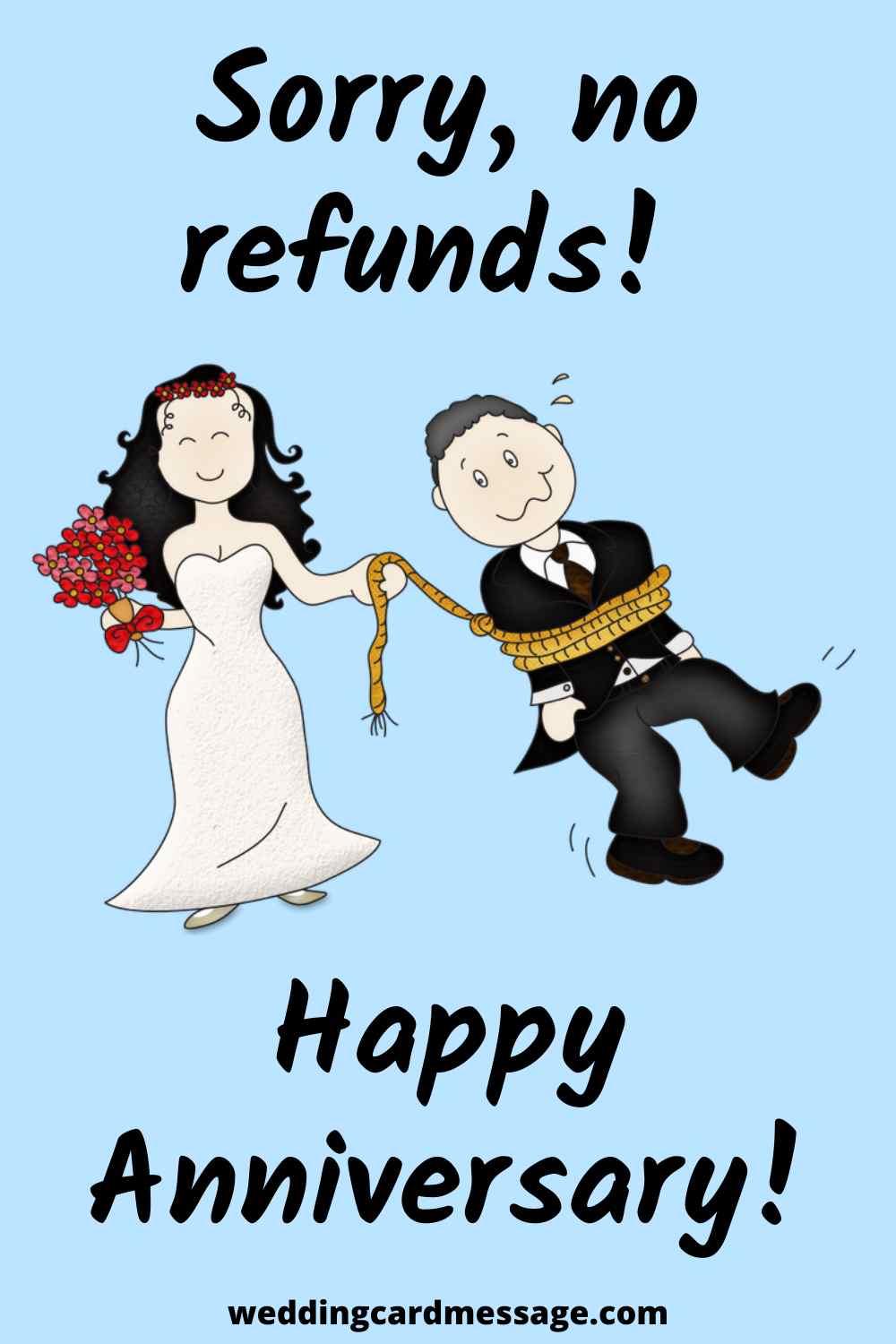 READ MORE: 130 Wedding Anniversary Quotes to Say ‘I Love You’

Funny Anniversary Wishes for your Husband

If it’s your husband you want to say happy anniversary to then try these example funny messages.

We hope you’ve enjoyed these funny wedding anniversary quotes and that they’ve helped you to put a smile on whoever it us celebrating their anniversary.